Since the early 19th century, elegant menswear has based itself around solid colors. Still today, more than 200 years after Beau Brummell's proclamation that male clothing should be simple and austere, many men wear patterns only with reluctance, and even then only following the lead of some style icon. The Prince of Wales (later, briefly, Edward VIII) was one such style icon.

The Prince of Wales was, in the words of my friend voxsartoria, a man who loved pattern. Perhaps more than any other individual, he launched the complex style of dressing that characterized the 20s and 30s, often considered the Golden Age of menswear. Among his finds was the Fair Isle knit.

Traditionally, only two colors would be used in each row. The yarn in the color that's not used for any given stitch is carried through on the reverse side, so that fair isle has effectively two layers, making it very warm. This was particularly well adapted to the Shetland islands in Scotland, including Fair Isle, the tiny island from which the technique takes its name.

Fair Isle sweaters were not well known outside of the immediate surrounds of Fair Isle itself until 1921, when the Prince of Wales, then already an international style icon, began wearing sweaters and vests in the pattern for sporting and other casual events, and even for a famous portrait painted by John St. Helier Lander. Who knows whether this was the young Prince's early attempt to curry favor with the Scottish on the heels of the British government sending tanks into Glasgow to quell a 1919 socialist uprising. Given the Prince's later abdication of all governing responsibility, I am inclined to guess that the fashion statement was more important to him than the political one.

In any case, in testament to the fact that “groupthink” is not an invention of the modern Internet clothing forum culture, Fair Isle sweaters quickly became ubiquitous in England. Most Oxford and Cambridge undergrads owned one. Soon all manner of clothing items were being knitted in Fair Isle patterns.

The initial hysteria has now subsided. But Fair Isle patterns remain popular for holiday knitwear in particular, often in the same patterns that were used before their discovery by the Prince of Wales, a bit of Scottish history in a Christmas party full of beglittered jukebox reindeer. 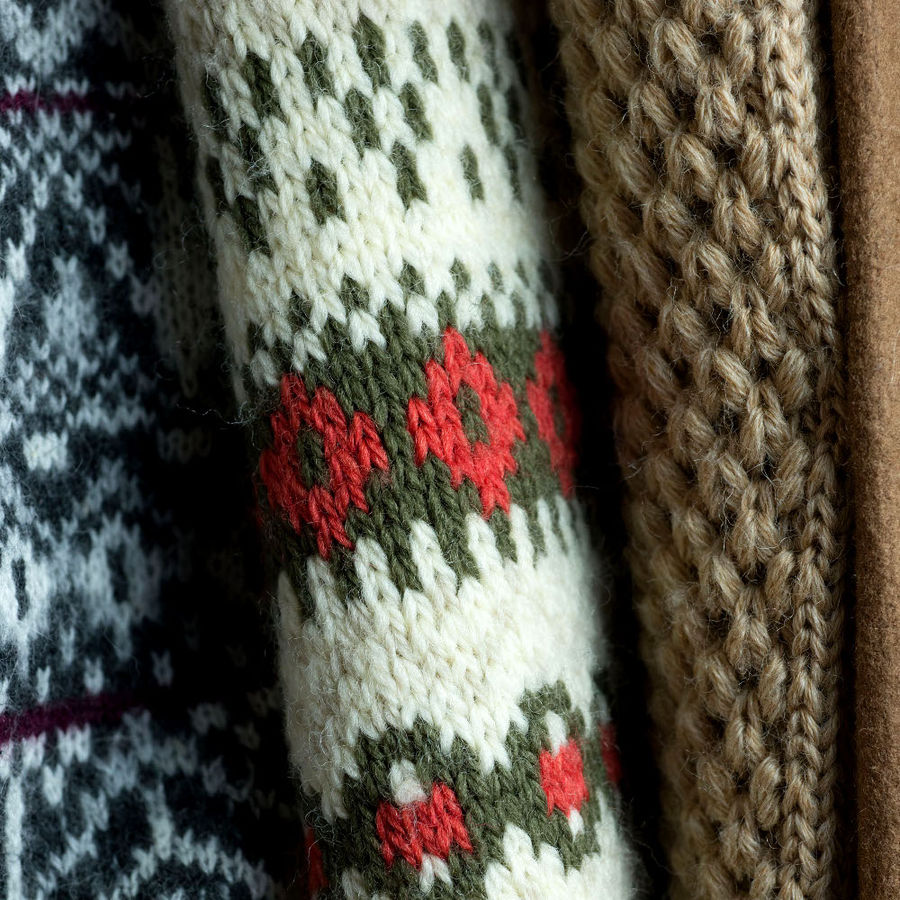 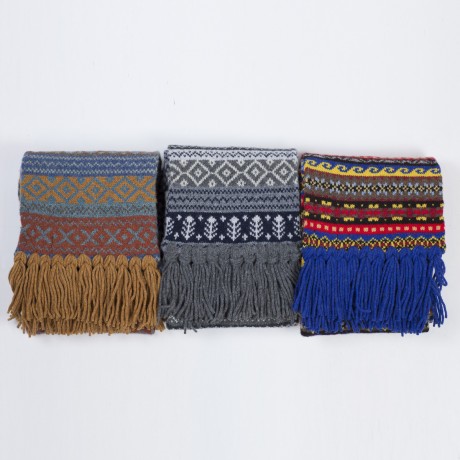 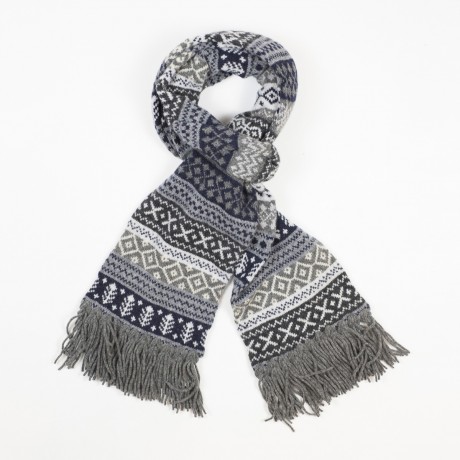