This post isn’t about politics. Sure, the characters happen to be politicians but that’s incidental to the story. Let's just call them performance artists.

People grouse that Presidential campaigns start 20 minutes after polls close on the last one. Not me. I love a good race and 2016 is shaping up to be the best yet. One of the guys in the lead might actually be running just to help someone else win.

But there is one thing we’re missing- a little bit of steez.

I’m talking about the men; I have absolutely no idea what a woman should wear when running for President (though Ann Romney’s biker chick outfit seems like a good place to start).

For as fun as this campaign has been so far, the style been suboptimal to say the least. In fact, we might be heading towards the lowest point in our national aesthetic history since Bill Clinton almost wore an MC Escher tie to his second inauguration. Then, like with the Cuban Missile Crisis, the country was spared at the last second - Bubba finally admitted that the tie was “a little busy” and changed.

But things go downhill quickly the further you get from the political center. Bernie looks so sloppy that it’s spawned conspiracy theories. And the Carson campaign has had to address how he could possibly be the leader of the free world with a goatee.

Marco Rubio, on the other hand, should be the last best hope of menswear. After all, the junior senator from Florida has the makings of a fine clotheshorse - a taste for the good life and a complete inability to stick to a budget. But while some of the proceeds from page-turners like 100 Innovative Ideas for Florida's Future are moored in the Miami marina, sadly none seem to have found their way to his local tailor.

Until last week, there was still one last chance for a bit of old school steez- Joe Biden. In addition to doing the greatest Reddit AMA ever and pulling off the longest tease in political history, Diamond Joe is actually pretty well dressed. Now, not even in Joe Acosta’s wildest daydreams is the Veep a style icon. Nowadays, no national politician can be. Biden, like a lot of us, has to follow a narrow, if tacit, dress code. But within those constraints, he still manages to dress with a bit of panache.

Can you think of another politician at that level who has a signature accessory (cowboy boots don’t count)? Being, as he liked to say, “the poorest man in Congress” ironically has allowed Uncle Joe to wear an expensive watch. First a 90s-era-Bond blue Omega Seamaster and now, according to a sharp-eared WIS, a Vulcain Cricket. By contrast, John Kerry was restricted to wearing a Freestyle Tide with his Turnbull and Asser shirts. 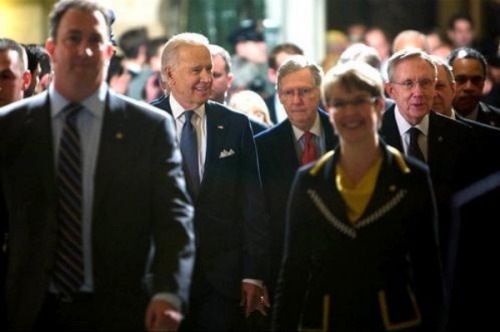 Biden is the just about last top pol to regularly wear a white linen handkerchief and looks a lot better for it.

And the VP has even been known to sport the occasional Bengal-stripe. In that photo it’s, admittedly, a bit of a miss but still shows a certain initiative.

Joe, you probably made the right choice to stay out but the race won’t look quite as good without you. As you ‘vette off into the sunset, I’ll keep hoping a little of that style rubbed off on one of the other guys. In the meantime I’ll be bundling donations for Deez Nuts. 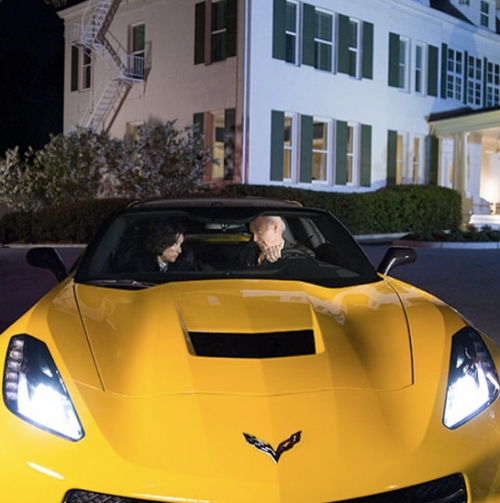