In the beginning, there is only navy, grey, white, and brown. Perhaps army green if you like to wear military gear on the weekend or olive if have a tailor in Naples. But there comes a time in every clothes-wearing man’s life when he tires of the traditional menswear palette. “I’ll have no more of this monotonous uniform!” he cries. “Let there be color!” he demands. And so there is color.

Since man is a tentative animal even when he wants to be adventurous, most men add color a little bit at a time. Take the usual navy suit and white shirt, and instead of a grey tie, perhaps one of bright orange? Yes, bright orange! The theory is that if one item is to be loud, the others should be quiet, in order to “balance things out.” If you have ever been in a room where one person is speaking loudly and others are speaking quietly, you know that this is an autocrat’s idea of balance. 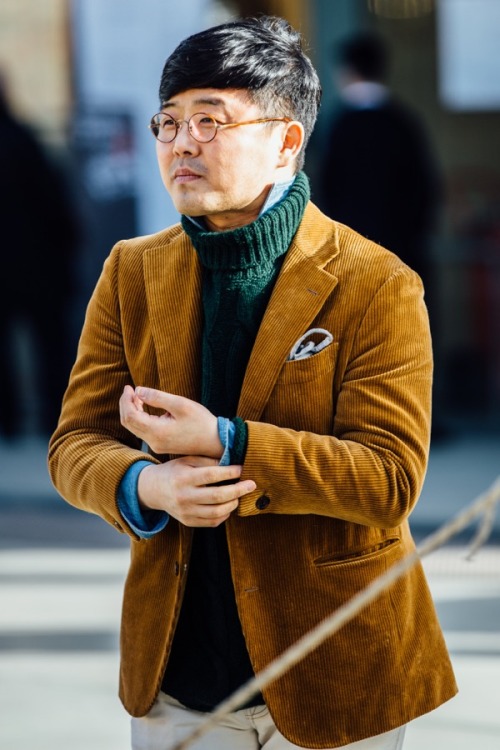 The better metaphor for the arrangement of dark surrounding bright is that it makes the color “pop.” That is, the somber colors do not even out the outfit - they put even more visual emphasis on the one bright item, which then explodes in your face. This is an aggressive way of dressing, which I suppose is why some people like it. In nature, you see this sequence of colors when an animal is projecting danger - like the bright red smear on the back of a black widow spider, or the red, yellow, and black skin of a coral snake.

Humans understand the colorways of threat too. The outfit of the archetypal mobster - black suit, black shirt, and red tie - is a black widow spider in a suit. There are historical reasons that no modern political party would choose red and black as their colors, but there are also reasons that a militaristic political movement would choose those colors in the first place. Likewise sports teams tend to choose highly saturated colors, often set against dark backgrounds. 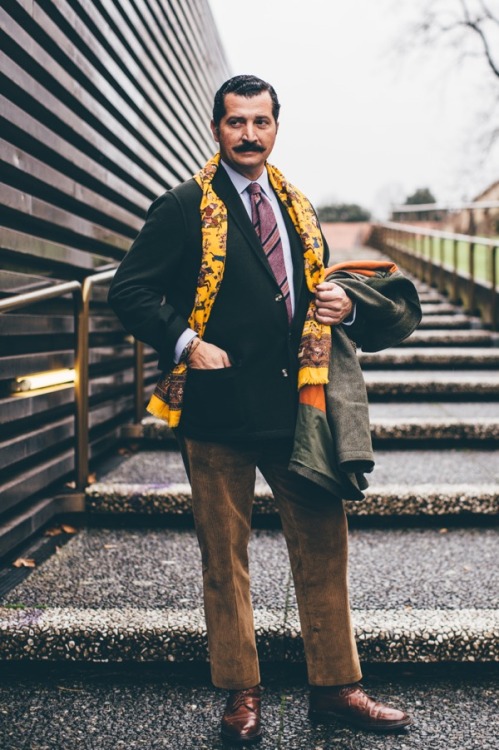 Pictures by Jamie Ferguson and No Man Walks Alone